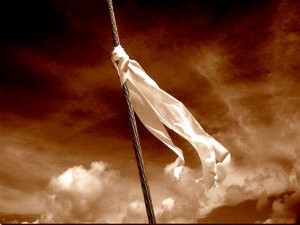 This is really hard to do. It’s also hard not to do. Blog, I mean. Getting the words out of my head and my heart. Every night when I lay down to sleep, the words start forming themselves in my head. If I wake during the night – or I should say when I wake during the night, there they are still swirling around. If I had the energy, that would be the time for me to sit down and write. Instead, I let them write themselves and then try to remember what it was I wanted to say later. By that time, I just don’t want to revisit it all. Truth be told, I am sick of this whole thing.

I’m getting better at hiding all this. I don’t know why I am, since I’ve given myself a Disclaimer, which you can read here (but remember to open in a new window): https://livingbetweenbreaths.wordpress.com/2014/10/14/i-now-come-with-a-disclaimer/ Maybe because I’m so sick of me, I figure everyone else must be too. Actually, I haven’t given all that much thought as to why I’m starting to hide. I’ve just noticed that I am. We are having company like we did Before. We are opening our home to kids and families like we did Before. I will be social and seem fine when you come over. I will laugh with you and joke and carry on a conversation. I will fix you a cocktail and ask about what’s going on in your world. Truth is, I won’t remember what you tell me. It’s not that I’m not interested. It’s that my mind is so filled with white noise that nothing sinks in.

I don’t want this life I’ve been dealt. I’m fighting against it so hard that it’s making me wonder if I should simply surrender. No matter how hard or how long I fight it, this will never change. I will never have my dearest Nolan back where I want him. I will never be that spontaneous spitfire I once was. I will never have the family I had Before. What would happen if I gave up the fight? Will I be swallowed whole by Grief and never come out? Will I walk in a haze the rest of my days? Will I simply go to sleep and not wake up? I have no idea. I’m not going to win this war. I think there is a certain strength in surrendering to the things you simply cannot change. This is me, raising the white flag. I give up. I give in. You win, Universe. Do with me what you will.