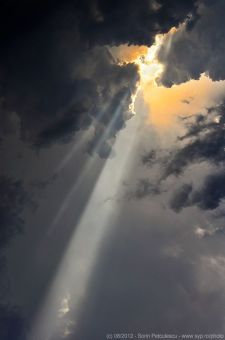 Things you should know about me:

It’s been 19 months Since. I can’t even wrap my brain around that. 19 months. 19 MONTHS. 585 days Since. How is this even possible? Isn’t Nolan just at school right now? Won’t we argue about putting his laundry away tonight? He’ll fight with his brother and I’ll have to scold them both later. Right? Wrong. He’s not going to be in the crowd of kids flowing through the doors at 2:36. His laundry is packed away in bins. The only one his brother will fight with later is me. Each day these realities hit me and it hurts just the same as it did on day 1.

Things that haven’t changed Since? The tears. Every day. Every. Single. Day. I believe I will cry every day for the rest of my life. If I think about Nolan for more than 3 seconds, the tears flow. I’ve timed this, actually. No joke. Nolan is the first thing on my mind in the morning and the last thing on my mind at night. I say “I miss you Buddy” about 8,000 times per day. My biggest wish is to have him back, even for a single heartbeat. I still feel lonely no matter who is around. Sometimes I’m the least lonely by myself. The guilt is still there – that somehow I could have saved him. If only I had known…If only I had pushed for an mri…I think that will stay with me forever.PTSD still rears it’s ugly head. If I hear sirens or see an ambulance, I’m lost back in that night. If I smell the hospital disinfectant, I’m lost in that night. If I’m not vigilant about my thoughts, I’m lost in that night. PTSD isn’t just remembering. You re-experience the event. The hormones and chemical response in your body is the same as it was the first time. I’ve experienced Nolan’s death hundreds of times and it doesn’t get any easier. For the span of the flashback, I am back on July 18, 2014. I feel him crawling in my lap and hear him say “Mommy it hurts.” I see him lying on the bathroom floor unmoving. I feel my hand on his chest and his heart fluttering beneath my touch. I feel when he exhales and then doesn’t inhale again. I see Ray doing CPR. I hear Nason screaming for help. I see everything happen all over and I know the outcome and am helpless to stop it. I see the neurologist in his minion t-shirt at 2am, and I hear him telling us that Nolan isn’t going to recover. I hear the screams of someone being torn in two, of their insides being torn asunder…and then I realize those screams are coming from me. These things may never change.

Many things have changed. I’ve gone back to work full time, and it was the best decision I’ve made Since. It helps the hours go by and keeps my mind occupied. For the most part, I’m able to hold it together at work. Except yesterday. I woke up in the midst of the overwhelming grief and couldn’t get myself together. I cried all morning. I cried on my way to work. I went to talk to my boss and started crying again. I couldn’t stop. I took my emergency pills, but they didn’t help. I couldn’t get myself out of that night. I couldn’t stop the tears or the panic. I actually had to leave the office. I was incapable of holding myself together to get any work done. It was sad. It was embarrassing. I try to be so much stronger than that. This month is hard. Nolan’s birthday is on Saturday, and I’m so lost in where he should be that I can’t deal with reality.

Nolan’s friends come by less frequently than they did. I understand this, and it’s good for them to keep moving forward. Being here brings them back to missing him even more. I know they still think of him even when they’re busy with other things. Still…I miss the sounds of teenagers making a mess and cooking all my food. Nolan’s girl has another boyfriend and has for a while. I’m happy for her even though I hate her boyfriend. It isn’t fair of me since I’ve never even spoken to the kid. I hate him because he’s not Nolan. Who’s to say they would still be together by now anyway? It’s healthy for her to keep moving forward. I can’t help hating the boyfriend though.

I’ve moved past the “passive suicide” behaviors that colored most of this past year. I stopped drinking and self-medicating. I’m not putting myself in situations that could go horribly wrong. I don’t have the overwhelming urge to end this life. I still welcome death should it come naturally, but I’ve stop pursing it. My head has cleared enough to see – truly see – my other kids again. The horror of knowing their Mom would choose death with Nolan rather than life with them is something I could never put them through. That’s probably the biggest area of growth I’ve had Since.

I’ve learned to laugh again. I smile easily. I look at everything differently. I appreciate the beauty of a single moment more than I ever did Before. Handprints on glass, a sticky table from life with a toddler, 3 pairs of shoes by the front door all make me smile. Our house is filled up again with Meri and Eli having moved home. I can dance in the middle of a restaurant with Nason and not care who’s watching. Amongst all the joy I’ve let back into my life, there is a heaviness too. Each giggle is tinged with sadness. Each new adventure is tinged with regret. Every new memory holds an empty space where Nolan should be. Mixed blessings. Maybe that’s the best I can hope for.